Leek and barley broth, a simple and warming bowl of soup. The addition of butter beans and carrot make this a healthy yet filling soup.

Leek and barley broth is a simple soup that I’ve cooked for years and my Mum before me. I was lucky in that I grew up in a household where soup was always homemade and therefore tasted delicious! There is nothing fancy about this bowl of soup, just some vegetables, pulses and beans simmered together in a tomato flavoured broth. However it’s the simplicity of this leek and barley broth that I love. One of those soups that are a healthy meal on their own. 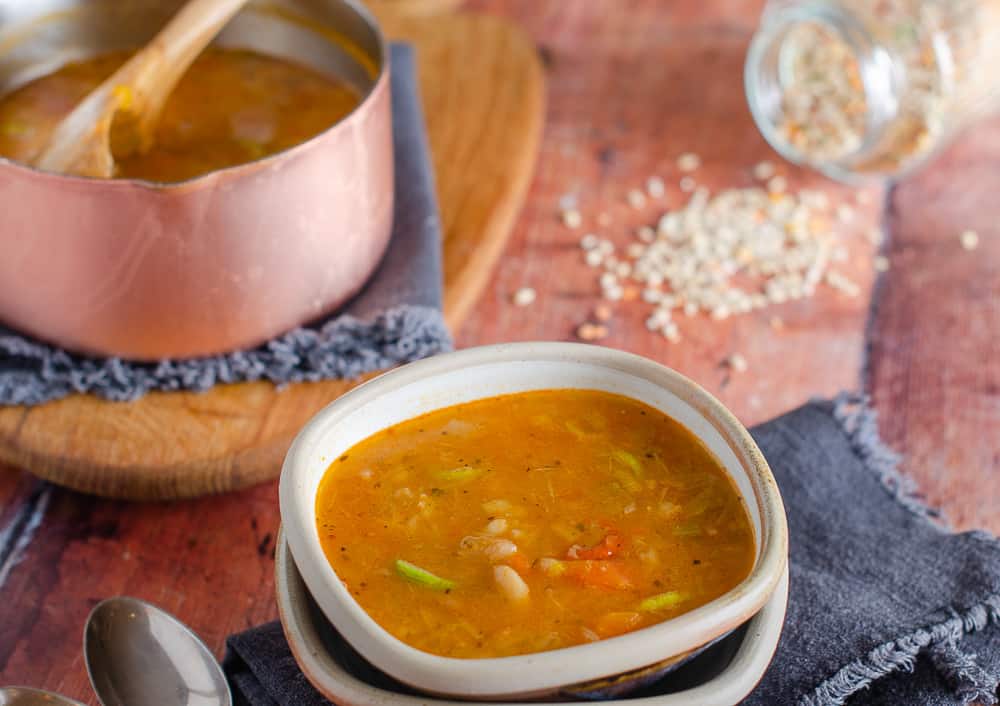 As with all soups make it your own. If you don’t like barley then leave it out or replace it with some lentils or split peas. The butter beans are what I like to use as there’s a comfort to eating them. However if you prefer substitute with another type of bean, cannellini beans also work well in this dish. The vegetables used in this broth are simply some leeks, onion, carrot and a tin of tomatoes. You could add other vegetables to bulk out the dish like butternut squash or some celery. 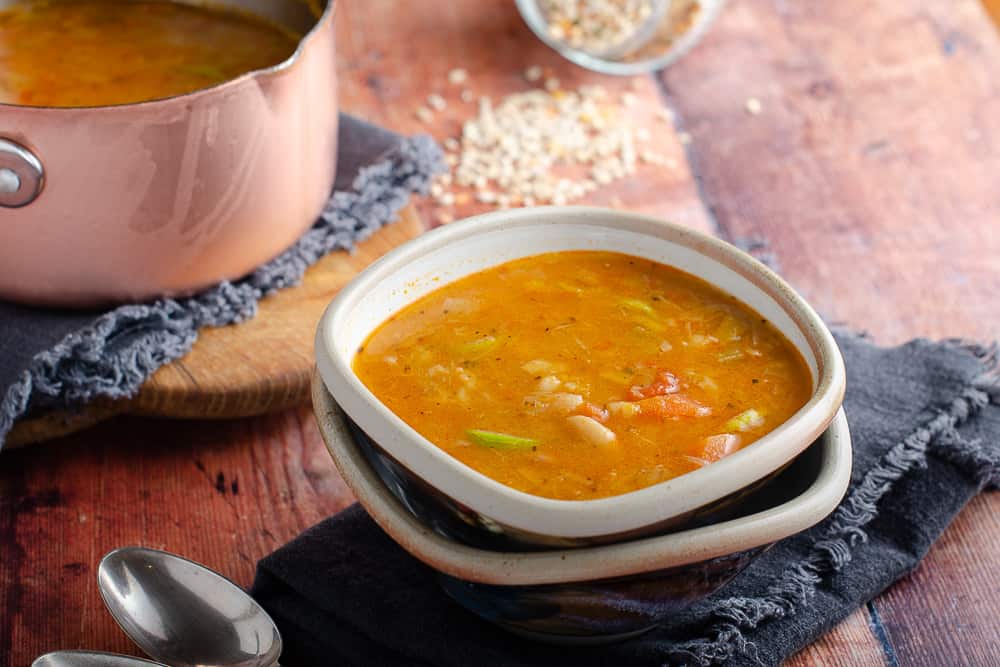 Growing up we ate a lot of soup doubtless because it was nutritious and used up the many vegetables grown in our garden. It’s a tradition that I’ve kept going and soup is a regular mid week dinner for my family. Particularly on those nights when I’m running between activities, picking up and dropping off children. Soup is one of the best ways of getting all those important vegetables into our diets. This soup is hearty and a meal on it’s own and exactly the type of soup I like to warm me when it’s cold outside and you need some nourishment.

A broth is also a great dinner dish on night’s where you want to lighten things up a little. Those days when you want some meat-free nourishment. This vegan soup is delicious served with crusty bread, that’s how I like it. Most of all it’s a soup that is really quick and simple to prepare. There’s very little needed in the way of technique, the delicious vegetables doing all the flavour work for you. 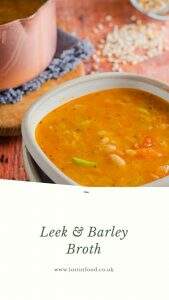 Other recipes to try:

If you like this soup then try some of our other Vegan soup recipes, our Simple Curried Chickpea & Lentil, or our Spicy Tomato & Lentil. 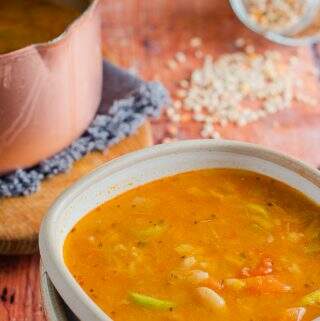 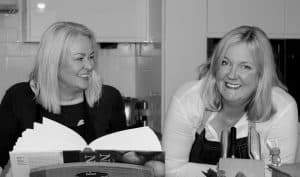 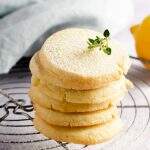 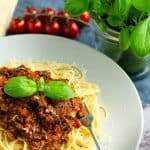 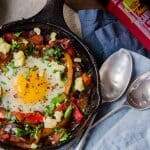